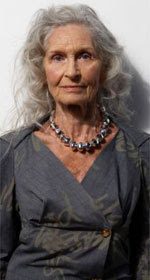 Britain's 82-year-old Daphne Selfe has been a model since her twenties but didn't really hit her stride until she turned 70. Never having had any plastic surgery, this grandmother of four now has a successful career working for companies like Dolce & Gabbana and the Gap and has appeared in such magazines as Vogue, Marie Claire and Harper's Bazaar. Daphne used to dye her hair and says that going gray made her much more striking and that she is far more successful now than she has ever been because of it. 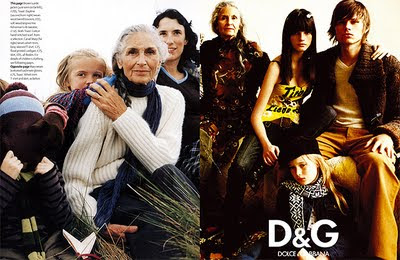 Daphne, a former horseback rider, now does yoga, pilates and gardening to keep fit. And she can still do splits!

Here is what she has to say about going gray:


And I have a feeling that it won't!


Keep it up Daphne. You are amazing. It's women like you who set the example for so many others about allowing ourselves to age naturally and just be who we are.

A great article on Daphne by Pamela Shields here.