Riding with the Wind 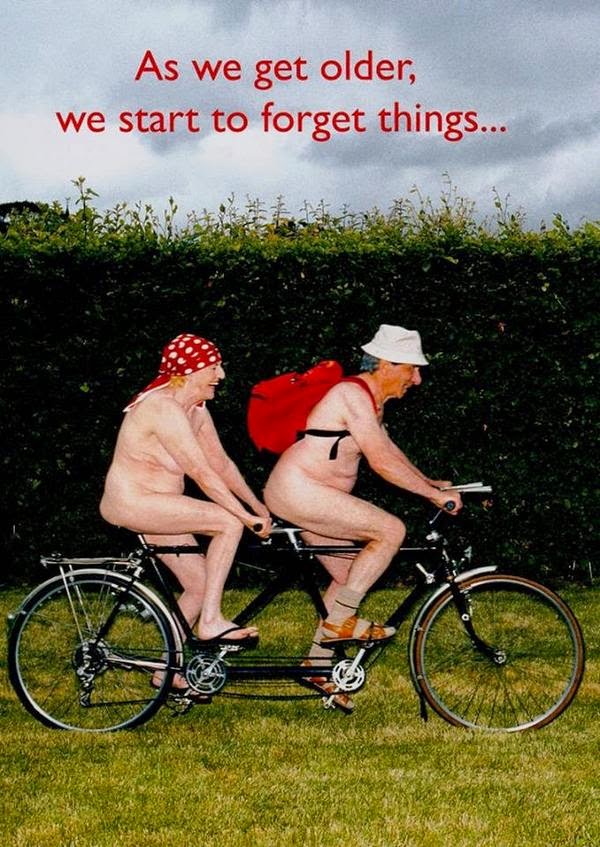 Isn't it the truth. I think however, or at least I hope, that part of the reason why we forget is that there are more and more things to remember- and because we have so much coming at us at once, like technology.

The thing I worry about with aging is my memory. Once in awhile as I am writing a post I won't be able to think of a word for the life of me. To the point that sometimes I almost break into a sweat from the anxiety of not being able to remember.

I think I may have mentioned this before.

Then there are other more soulful moments that I think, "Memory? Who needs memory! Just live life through my senses and that's all I really need (not...). Sight, sound, taste, touch and scent...our senses don't need to remember anything. Tra-la-la.

I think I may have also mentioned this before! Omg.

I don't know where this photo came from but perhaps it's from a campaign to encourage people to wear helmets when they bike ride :-)

Oh yes and there's also the sense of humor that I so miserably fail at...

Anyway, for our sense of hearing this week, there is a great website where they play the #1 song from your birthday, or the day you got married ( or divorced..), or any day you'd like to look up: Pretty coolio.

Thank you to Chrissy for sending this in.
XO

Email ThisBlogThis!Share to TwitterShare to FacebookShare to Pinterest
Topics Aging Gracefully, Do What You Love, Humor, Music, Various and Sundry 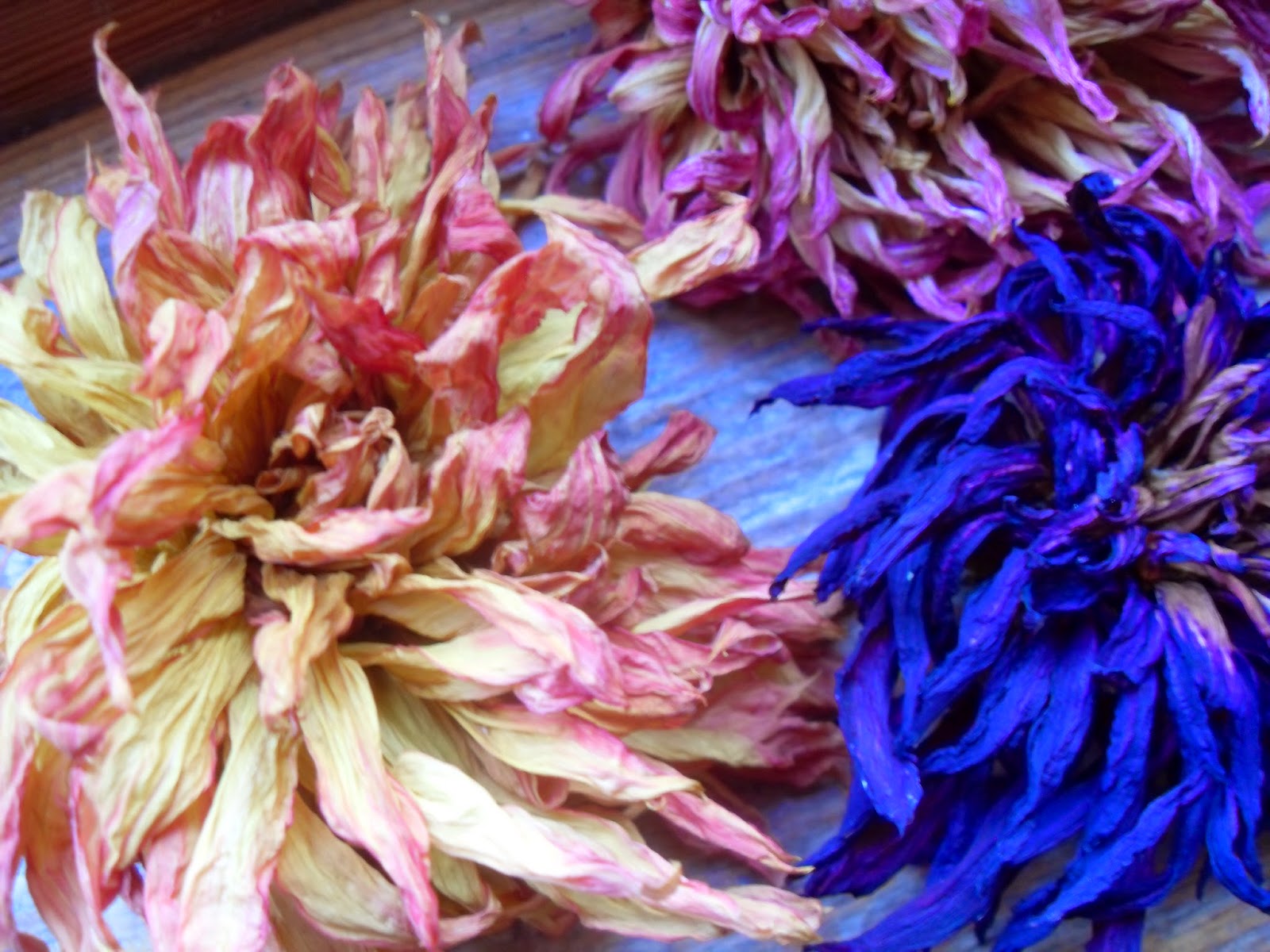 Sometimes there is something mightily beautiful

about flowers that have seen their day.

as their beauty turns a new leaf.

I hope I will parallel my life this way.

Email ThisBlogThis!Share to TwitterShare to FacebookShare to Pinterest
Topics Aging Gracefully, Photography, The Conversation is Changing, Various and Sundry, Words of Wisdom 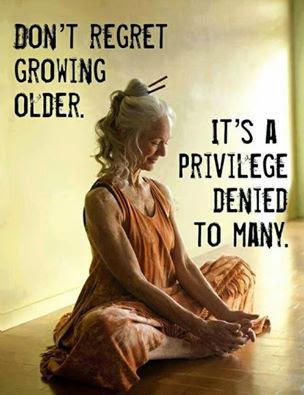 I've shifted into a slower lane and it feels like I've cut the engine a bit more. Aside from doing something like taking a long trek into the woods or knitting, I have to say that being on the computer is a very relaxing thing for me.

It's like reading a book but the beauty of it is that the storyline keeps changing.

I've had this lovely quote for awhile that I keep meaning to share:

We grow neither better nor worse
as we get old,
but more like ourselves.

I guess maybe the question to ask ourselves, whether we are young or old, is if we are continuing to thrive, and grow emotionally and continuing to spread our wings.


But even more important, as the quote says, is to become more like ourselves.


Thank you to Lizbeth for sending in this week's photo. 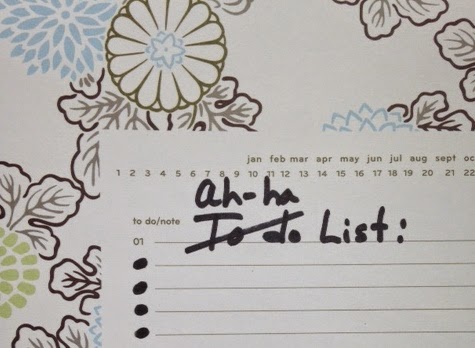 I've been feeling out of sorts lately with not enough down time or time to be creative. Feeling like I am on a bit of a treadmill and putting out too many little fires. Not a lot of substance. I imagine you know what I mean. It's felt kind of like the holiday hustle but it's April...

So I stopped myself the other night and pondered what I'm yearning for besides more downtime and creativity and it prompted me to make a list that I have never made before or have even thought to make.

A list I was kind of afraid to make it turns out.

I thought I could make a list of things that make me happy. Like dancing, going to the beach, holding babies, reading a good book...knitting...chocolate...swimming. Blah blah blah. That's easy to do. But what I was trying to uncover was a list of experiences that I've had throughout my lifetime that were truly rich and made me feel alive.

That had real substance.

Experiences that made me feel like I am in love but don't necessarily have anything to do with another person.

This took some time. It prompted me to slow down and remember moments that have been golden.

Not storybook golden, or anyone else golden, but just me golden.

It turned out that many of the things that showed up on my list were experiences that involved discomfort in terms of doing something that I was afraid to do. Experiences that made me feel vulnerable but I was able to get to the other side of and stretch beyond my comfort zone.

Some of the other things on the list I would put in the "self-help" category. Times when I have stumbled and needed guidance.

Interestingly, some very sad times are also on the list. Like losing my Dad/celebrating his life and cleaning out/selling my childhood home.

The other interesting thing is that only one of the vacations that I have ever taken is on the list.

This was a big ah-ha.

Lines of Beauty is also of course on the list.

So thank you for continuing to stop in and read what is on my sometimes wacko little mind :-)


For long time readers this is a repeat story:


As some of you may know, my husband Tom (Mr. Fix-It) loves games and especially likes to play a good April Fools prank.

I have gotten use to this over the years and every April Fools day I tread very cautiously so that he can’t be successful in fooling me again.

One year Tom woke me up at the crack of dawn on April Fools Day and said that his big toe was killing him. He told me that it had started to bother him the day before and was throbbing so horribly throughout the night that he couldn’t sleep.

“Maybe you have an ingrown toe nail honey,” I responded, half asleep. “Maybe you should see the doctor today.”

Tom agreed that this was a good idea.

During the day I called his cell phone to check in to see how he was doing and if he had seen the doctor. He didn’t call back. I tried him again awhile later. Still he didn’t call.

At dinnertime I was in the kitchen cooking. The kids were busy making chocolate chip cookies for dessert. Tom was running late but finally we heard him at the back door. He came limping into the kitchen with the look of horrible pain on his face. On his right foot was a white plastic grocery bag. You could see blood on the inside of the bag.

“Oh my god what happened?” I asked very concerned.

“The doctor had to take my whole toenail off,” Tom winced.

“And then he put your foot in a GROCERY BAG ??? I exclaimed. “Is there even a band-aid on your toe?” I asked very concerned.

“No,” said Tom, “It was so late in the day that they were rushing to close the doctor’s office and told me to just put a band-aid on it when I got home.”

“Are you KIDDING ME?” I yelled. “This is HORRIBLE! We are never going back to that doctor again!”

I told him to sit down in the other room and went to get him some aspirin for the pain.

“Let me see your toe,” I said returning with the aspirin.

Tom removed his bloody foot from the bloody bag. I inspected it. “Oh my god-I hate to tell you this- but your toenail is still on there Tom…”

“No it isn’t. You just can’t see under all the blood,” he replied.

At this our younger daughter yelled from the kitchen “Nice April Fools joke Dad!!!”

I shot back “ This is serious!!! Dad is in PAIN. This is NOT an April Fools joke!”

At this Tom limped into the kitchen and stuck his foot into the kitchen sink to wash the blood off. Our kids, still skeptical, and horrified by his actions, hastily moved the chocolate chips cookies out of the way that were cooling next to the sink.

At which point Tom started laughing and said “Happy April Fools you guys!”

Realizing that I had been taken ONCE again, I hit Tom over the head with the kitchen towel and very slowly, finally started to laugh.

Tom hadn’t stopped at the doctor on his way home. He had stopped at the local pizzeria and asked for a white plastic grocery bag and several packets of ketchup :-)


And for a bit more humor this week:

How many of us can relate to this?

Omg.
louise@linesofbeauty.com Louise CF at 12:01 AM