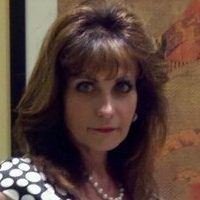 This week's beauty is Theresa Allen from Forest, Ohio

Theresa is 52 years-old and has an inspiring story:


Growing up on a farm, I never gave much thought about issues of life, politics, or beauty. In my small, isolated world I was a tomboy. Then, school and puberty took over and the related awkwardness and self-doubt, but I soon found myself gaining a voice in academics and singing and becoming a young woman. Even with that, self-confidence was a late bloomer for me. Years of constant teasing by 14 older siblings didn’t help, but later allowed me a stronger backbone. A turning point was when I sang in a high school cabaret production, and the music teacher said she never knew I could sing like this. Moving away from my hometown and getting out in the real world made a difference too. I overcame domestic violence at age 19, and later, became one of the first volunteers at a domestic violence shelter. My skin was evolving.
Graduation saw me into a nursing career because I wanted to do something with my life to make a difference and help people. In the course of my 30+ year career came a new realization. People really liked and admired me for my work ethic, my humanity and compassion, my intelligence, my smile, friendliness, and humor. I was the first of two public relations ambassadors chosen at the hospital. This newly created position allowed exemplary employees to be role models for all employees. A new awareness of my own skin was beginning.
As a late life baby and the last one at home, I was very close to my parents. No matter what I faced in my personal life, I was there for them, full-filling a promise that I would look after them. The last 20 years of my parent's lives my brother and I stepped up to the plate to meet their needs spiritually, medically, and legally. I helped see my dad through major depression, which took its toll as he weakened after burying two sons before their time. After he died my mom and I became even closer. When she died I wrote a graveside eulogy, which simply stated, that long before Oprah coined the “random acts of kindness,” my mom lived it, all while existing on a fixed income. A part of me died the day she passed, but I rallied on. My "skin" was beginning to resemble my beautiful Mother's. 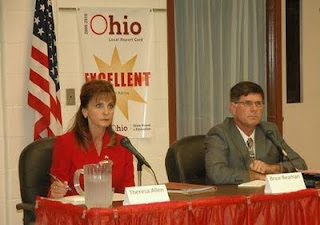 In 1999, I put my nursing career on hold to be home for our twins. As I mowed the lawn for the last time that fall, a bearded man came into the garage, handed me a business card and said, "We are National Lime & Stone, and we are going to have a quarry here next week. We will be your good neighbor!" I replied, "Not if I can help it!” The next 7 years a full time job evolved all on my own dime and energy.  I founded the PEARLS neighborhood group (Protectors Of Everyone's American Rural Life Style) and was able to get two of three amendments I fought for in a mining bill. I became a requested speaker to civic groups in the region, environmental law students, and other communities in similar fights.  These efforts won me the Ohio Environmental Council's Citizen's Environmental Watchdog Award for 2002. I have since run for Blanchard Township Trustee and am in my second term.
So, as I look back on the influences, struggles, and triumphs in my life I can tell you I have come full-circle and truly love the skin I am in. Overcoming many obstacles, gaining self-confidence in my looks, style, personality, profession, and especially, my abilities, has forever changed me. I am no longer the ugly duckling on the farm but have evolved into a swan in life and what really matters. I take care of myself, eat a healthy diet, avoid baking in the sun, exercise not just for looks but to have a healthy heart and bones.
Two mottoes from a favorite high school teacher have always guided me:
“He who asks is a fool for five seconds; he who doesn't ask is a fool forever.”
“No tree no shade; no work no grade.”
Another saying, which my late father-in-law invoked, “It's not the size of the dog in the fight, it's the size of the fight in the dog" has always given me courage and strength to stand up for what I believe in and take lemons and make lemonade.
These are my Lines Of Beauty.
Thank you Theresa for being this week's beauty. You are such a remarkable women. You should run for president (I'm serious). You're an environmental protection maven, my dear.
louise@linesofbeauty.com Louise CF at 12:43 PM