Living in a Fishbowl 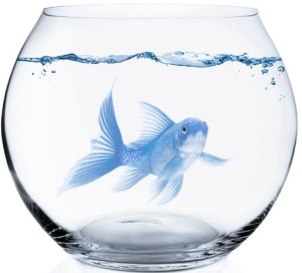 So here is the rest of the story:


I didn't want to write about this before as there were two other people chosen to have docu-ads made about their life, to help launch the new product. They hadn't completed their filming until now.

One of them is a mid-lifer up in Canada who is a outdoors man, fisherman, and who likes to tell stories and ride motorcycles.

The other person is Samantha Richardson Alday, who lives in Alabama and is 47 years-old. Sam is a colon cancer survivor since the age of 29, who has been able to change her life with fitness. The ad agency put her in touch with me, as she was having the same pre-filming anxieties that I had. The first thing I said to her on the phone was "Sam we are SO having a bizarre parallel experience." It was really good to connect with her.

So now that her filming is done I can divulge what I didn't know was happening during my own filming- (that I was very happy not to know- until after the filming was over):

On the first morning of the shoot, Lauren Sally, the creative director, took my daughter out on the porch and asked her how I was doing.  I think my daughter explained that I was a little stressed, and hadn't been sleeping well, but that I was basically coping okay. Lauren then said to her, " I am going to tell you a little secret and you are not to tell your mom what it is until the filming is over- when I say "cut" to the cameramen, the cameras don't stop rolling. This is when I will get the most candid, natural side of her."

So it really was like being on reality TV.

And even when the cameras weren't around, I very often still had a hidden microphone on me that was capable of picking up every word I said. Or at least John, the audio guy could hear everything I said (and probably did?). One time I came out of the bathroom and said, "Oh my goodness, you just heard everything that happened in there didn't you?" He just smiled.

I would also forget that I had a mic on me, as did Liz Caven, the production manager. At one point we paused to firm up the parameters of my contract/agreement with the ad agency, in privacy, out in the mud room and I imagine the audio guy heard this whole conversation(?).

Oh well- I guess he has some insider information.

But the story doesn't end here.

Remember how I said that two branding people came from the food company on the 2nd day of filming and sat out on our front porch?

It didn't occur to me to wonder what they were doing out there, but after awhile I did. When I looked out during a break, they were watching everything that was going on inside the house on a monitor.

So crazy! - but understandable. They were there to keep an eye on things.

When picking out what color tanktop  I was going to wear for the next scene, the branding people took photos of me in the two different color options, sent them to headquarters, got the answer and the color decision was  made.

Anyway, I decided when I took on this job that I was going to be an open book. I decided to just be myself and tell my story, even the struggles that I have faced in life, like having had an eating disorder in college and what that was all about and how I struggled academically because of undiagnosed ADD.

So I am not upset about the fish bowl I was in. It was just part of the creative process. I get it. Being a creative person myself I guess helps me to understand this perhaps.

It's all good. I totally felt like I was in good hands and continue to be in good hands, with all the footage they shot of me and now own. Part of this is my trust in Lauren- but the other part is just my comfort in myself and that I am not someone to hide who I am.

But still- having my story land on the market in mid-July is a bit scary.

What elements of those 2 eleven hour days will end up in my docu-ad?

This I will have to wait and see-

and keep my fingers crossed that the great experience that I had, continues.

Email ThisBlogThis!Share to TwitterShare to FacebookShare to Pinterest
Topics Aging Gracefully, Art, Do What You Love, In the Media, Making Things, Movies, Photography, The Conversation is Changing, Various and Sundry, Words of Wisdom, You Tube
Newer Post Older Post Home