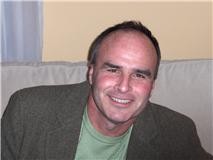 Be still my heart…
This week’s beauty is Lines of Beauty’s first guy:

Kevin O’Shea.
Make that Kevin Patrick O’Shea.  He looks a bit like a younger Burt Reynolds don’t you think?  He wore green in his photo in keeping with his Irish heritage.  I love that.
Kevin is a wonderful soul who came into my life with his rich Irish humor, great human insight and musings, honesty, and his gift for words, when I was just a young gal. Most importantly though he is a very good friend with whom I'm never at a loss as to what to talk about. When my Dad died and we needed ushers for his memorial, Kevin was the very first person I thought to call. That just goes to show how much I love him.
On this note, I bring you Kevin and his thoughts on aging:


"There was an old tavern on Main Street in Niagara Falls...Bramer's.  Absolutely nowhere to sit down. No tables and chairs and in fact no bar stools.  A shot and a beer joint that conveyed the message clearly: NO WOMEN ALLOWED.  Surely women can appreciate the times where they'd prefer no men.  Exercise class, Pilates...getaways etc.  When Louise first asked if I'd be a beauty of the month, yes I felt a little sheepish but mostly I was concerned she'd have a mini insurrection on her hands. I've been following Lines of Beauty since she started it and as insightful and informative as it is, it's definitely a woman's site.  I'm an interloper. That said I believe Louise is wise enough to know her readership and if she feels a curve ball is good now and then...so be it.  At my next Teamsters meeting the chance to list "Aging Beauty of the Week" among my credentials is too irresistible.

1). I'll confirm what’s already known.  There's not 1/1000 the pressure on a man to attain and maintain a standard.  Other than health and the self generated motivation to" not let one's self go completely" there's precious little pressure from media and mass culture.  I haven't experienced the opposite of this, only observed it.  Yes, I feel lucky....it's liberating I guess.

2).  That said, we do age and naturally notice it in a variety of ways.  Humor is a good tool.  I'm convinced at night I'm lifted away by fairies, leprechauns and assorted wee folk.  They carry me to my front porch and compress my face on the wicker furniture.  They bind me in vines and have mini switchblade fights.  That's the only plausible explanation for the changes in my face.  But if these merry men take such delight in transforming my face who am I to take issue with the changes?  Aging is a gift not everyone receives.  I'm at ease and well satisfied with the ongoing process.

3).  If I knew then what I know now:  I have a physical job.  If one of my co-workers told me in 1984 that they practiced yoga on a mat I would've thought they were inches away from shaking a tambourine at an airport.  I acknowledge the ignorance of this. My son Michael is 20 yrs old and a serious practitioner of yoga.  I'm certain it will serve him well.  As for me, it's never too late to start but I'm still trying to rely on above mentioned humor to get me through the aches and pains. Not as effective.

4). That which doesn't defeat me only makes me stronger:  Yes.....in every area but stress.  This axiom has so much merit in so many applications.  Conquering a fear whether rational or irrational.  Making it through an anxiety producing first day of a job.  Accomplishing a physical feat that seemed beyond my grasp.  Stress however, is deceptive.  One never actually conquers it, only manages it well or poorly.  I was almost masochistic about functioning and fulfilling my responsibilities under stress.  Thought I was growing stronger but stress's effects are accumulative and corrosive.  Make changes in life if there's an imbalance. Aging has given me the clarity to see certain truths and the peace of mind to trust my instincts.
5). I will state on those rare, perfect occasions skinny-dipping is one of the most beneficial, mental, emotional age reducers I can think of.  Talk about thumbing your nose at Father Time and not conceding an inch.  The perfect antidote for emotionally feeling old.  It's benefits linger for months beyond the moment. 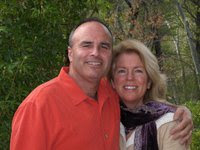 6). Finally...an observation/comment on the fairer sex and their aging process.  It's presumptuous but please indulge me.  I think women who have a close relationship with nature tend to fare better in the aging process.  This is a generalization. Women who garden and hike etc. have an earthy appreciation for nature's changes and therefore may be more accepting of their own changes. Don't get me wrong, I love it when women (like my wife Rhonda) get dolled up to borrow a term from Sinatra.  Some cultures elevate this and certain social stratas and professions require this polished appearance.  Beautiful. No complaints. I just think if you can't transition to the earthiness of getting your hands dirty or working up a good workout sweat, you're lingering in rarefied air.  Then it becomes artificial and natural aging is more fearful. Just a thought.  I welcome any contrary or enlightening views."
Kevin, from the bottom of my heart, as they say in Ireland, go raibh maith agat   :-)

louise@linesofbeauty.com Louise CF at 10:57 AM