He Aged Gracefully with a Message 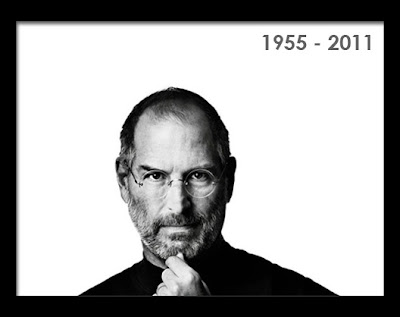 This week's beauty is Steve Jobs who died at the age of 56 last week. Steve co-founded Apple and designed, among many other things, the Ipod, Iphone, and the Ipad. I personally never paid much attention to Steve Jobs. I knew who he was, I knew he was sick, and I knew he passed away.

It wasn't until I read the following quote of his that I knew that he had something really important to say:

Your time is limited, so don't waste it living someone else's life. Don't be trapped by dogma – which is living with the results of other people's thinking. Don't let the noise of others'opinions drown out your own inner voice. And, most important, have the courage to follow your heart and intuition. They somehow already know what you truly want to become. Everything else is secondary.   ~Steve Jobs


Steve Jobs was given up at birth. Dropped out of college. Was fired by Apple. His second company failed. He had a major comeback 11 years later.

And he changed how the world will communicate forever.

louise@linesofbeauty.com Louise CF at 11:08 AM

Email ThisBlogThis!Share to TwitterShare to FacebookShare to Pinterest
Topics Beauty of the Week, Do What You Love, Great Quotes, In the Media, You Tube
Newer Post Older Post Home

I am a 60-year-old life coach (Wellness with Louise), a knitter, texture lover, color connoisseur, funny-bone collector, swimmer, and a mom. Creator of The Hole Thing.