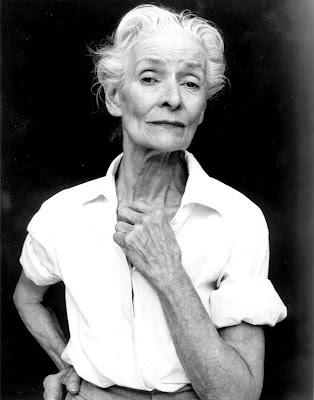 Actress Mimi Weddell died a few years ago at the age of 94, but not until she left behind quite a legacy. I love characters like her. Mimi was known for her free thinking, elegant style, and for not trying to conceal her wrinkles, or signs of aging.

She was also known for her collection of 150 hats.

Hats Off, a feature length documentary profiling the beauty and her eccentricities, was completed when she was 93.

At the age of 90, Ms. Weddell was named one of the "50 Most Beautiful People in New York" by New York Magazine.

Below is an entertaining trailer of Hats Off.