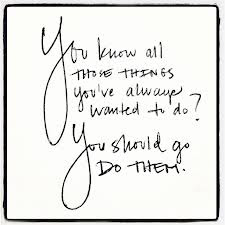 What day is it?


Someone who I worked with at Susan Bristol for fifteen years passed away this week from cancer. For many years her office was next to mine. We were pregnant with our first children together and use to talk about, amongst other things, the trials of being working moms and commuting into Boston. She was also a runner, so we had a lot to discuss. She was warm and welcoming, and I liked her smiling eyes, and her spirit.

Then Susan Bristol closed their doors in '07 and I haven't seen her since. And I don't know if I ever would have, because that's how life is. If we aren't on the same axes as someone else, and don't make a point to be, then paths simply don't cross, unless it's a fluke.

It's interesting what compels us to go to a funerals.  I hemmed and hawed about going but what finally sent me on my way was the thought that if she and I were to accidentally cross paths I  know we both would be delighted to see each other.

I also like the life lessons you sometimes come across at funerals. Funerals are life up-close, and raw, and real. 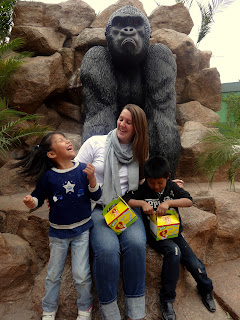 She was the first peer of mine to die and it has had me rattled.

What exactly with, besides my own mortality, I haven't quite yet put my finger on.


I've been hemming and hawing about another plan for half a year and that is to go to Guatemala to see my youngest daughter who has been volunteering at a school program called Safe Passage during a gap year, before going off to college. This is her to the left with the two children she was able to raise enough money to sponsor for 3 years. I am so so proud of her. Something like this never crossed my mind at age nineteen and even if it had I wouldn't have been brave enough to go.

It seems crazy to go having just been to Portugal. Among other things, we have college bills and retirement looming....but I have always wanted to go to Guatemala AND now she is there to sweeten it.

In my heart it seems right.

My bags aren't packed, and I'm not ready to go, but I do have the tickets :-)


You know all those things you've always wanted to do?

Maybe it's time to do them.

At least one of them.