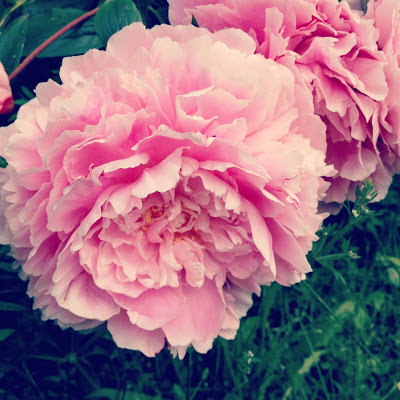 We had the scare of our lives on Tuesday.

Mr. Fix-It was prepping for a colonoscopy.

He drank his first glass of the PEG solution and within 90 seconds he said he knew something wasn't right.

Luckily our younger daughter was here and called to tell me he had broken out in hives.

I told her what to look for and said if he went south to quickly call an ambulance.


In a short amount of time Tom's chest started to tighten, his lips and hands swelled, and he went into anaphylactic shock.

His blood pressure began to plummet and he blacked out.

Our daughter called 911, and while the paramedics were en route, he was able to make it from the rec room up to the first floor.

When they arrived they gave him a EpiPen shot and he fainted.

In the ambulance the paramedics where saying "Tom stay with us buddy!" and things like that. He wasn't responding to questions.

I arrived at the hospital after the ambulance had arrived, as did our older daughter.

We ran into the emergency room but they said he was out in the ambulance because they were still working on him  (low blood pressure).


This is when I knew he was really in trouble.


The weird thing is that 5-6 hours later, after being stabilized, he was back on his feet like nothing had happened.

He feels fine now but is on a steroid to counteract the PEG solution in his system.

Tom has said more than once how amazingly calm and helpful our daughter remained.

He was able to remain calm as well.

She saved his life. 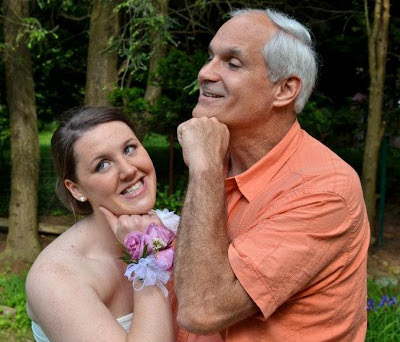 Left untreated anaphylaxus is deadly, because eventual swelling of the throat will cause suffocation.

It has taken time to put my arms around what happened, and didn't happen.

Even now I can't stop thinking about it. The reverberations are still washing over me.

Still putting the pieces together.

Life is so fragile.

What happened was life altering for all of us, I think.

I'm just so happy to still have my sweetheart, who I married 25 years ago this month.

I hesitated posting this because I don't want to ever dissuade people from having a colonoscopy. The reaction that Tom had from PEG is HIGHLY unlikely- in fact, nearly impossible to find statistics of on the web.

The lesson we learned however is take the signs of allergic reaction seriously, and get help, immediately.

As soon as the hives broke out he should have been on his way to the hospital.

We know this now.

With love to all my readers,
Louise

louise@linesofbeauty.com Louise CF at 10:58 AM