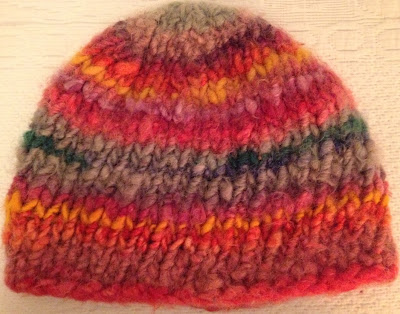 More than 30 years ago my sister-in-law knit this hat for me from wool that she had dyed and spun. On Christmas she gave one to everyone in our family, in all arrays of color. We affectionately call them our Bonnie hats. Even my Dad used to wear one atop his bald head. Being knit in earth tones, I thought that it kind of made him look like he was wearing a wig.

Luckily I've never lost mine over the years, but it has stretched out, and I've been afraid that it might blow away with the wind. So today I decided to shrink it a little in some hot, soapy water, and put it out in the autumn sun to dry. This did the trick. I love it even more than before, because it's now slighted felted. 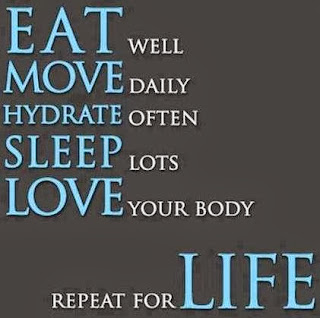 Tonight I harvested the leeks from the big vegetable and herb garden that my older daughter grew this summer. I brought them all inside and excitedly texted her to say that I was going to make leek soup.

She texted back, "I didn't grow leeks."

Ha! It turns out they're huge scallions...

So I found what turned out to be a delicious scallion and potato soup recipe on Real Simple.

The only changes I made were that I used skim milk because we didn't have any heavy cream. (I put in 3-4 tablespoons of butter instead to compensate). I also sprinkled in some crushed red pepper. We also didn't have any white wine in the house...so I put in a 1/4 cup of gin :-)

Mr Fix-It loved it too.

After his second bowl, I told him about the substitutions.

When I got to the gin he said,