My Visit to Cuba 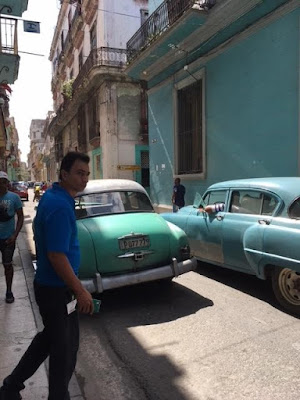 I had yearned to visit Cuba since my early years of watching I love Lucy and seeing Ricky Ricardo play the bongo drums in his Cuban nightclub.

This and that I've been very curious about the country, just 90 miles off the coast of Key West, especially since Diana Nyad peaked my interest when she successfully swam the voyage from Cuba to Key West in 53 hours in 2013 ( her 5th courageous attempt).

Cuba, a land that has been so close, yet so far away, because of the complicated political landscape.

It turns out that now it's quite easy to visit Cuba. Much easier than I had imagined. All you need to do is get a visa at a gateway airport and pick one of 13 reasons for traveling there. I chose "Support The Cuban People." I arrived armed with an itinerary to do this and held onto whatever receipts I was able to collect to prove my whereabouts. The truth is however, I don't think anyone is really checking to see if visitors have simply sat on the beach as their  primary form of entertainment. 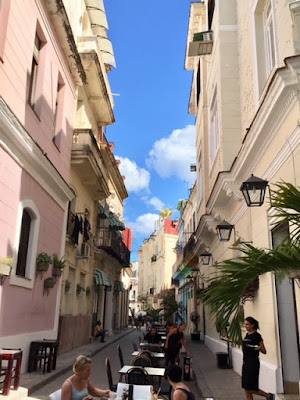 What I liked most about Cuba was the music (which I didn't get enough of) and the kindness of all the people that I came in touch with, especially the cab drivers.

One of the other things that drew me to Cuba was all the old cars. It occurred to me while there that this was most likely because when I was born, being the 5th child, my parents decided to buy a Checker cab to tote around their growing family. By the time I was in kindergarten, this was a very embarrassing car to be seen in, but in reflection, it is one of the little gems of my childhood. 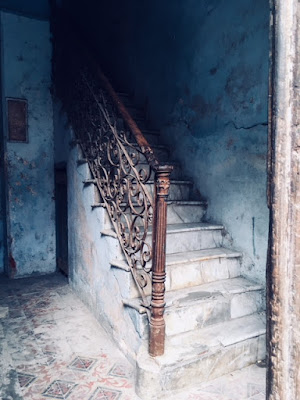 One of the other things I liked is that much of Havana is in disrepair or even in ruins. This of course is sad, in many ways, but I love the beauty of imperfection and the Wabi-Sabi that is everywhere in Cuba.

Two other highlights, besides sitting down and people watching, were swimming in the warm, beautiful aqua waters of the Gulf of Mexico and visiting Hemingway's home, as seen in 3 of  the photos below.

Being in Cuba only 4 days, I didn't get to venture outside of Havana like I had wanted to. Especially to the village of Vinales, as well as to the chocolate factories in the oldest town of Baracoa.

For more good info on the villages of Cuba click here.